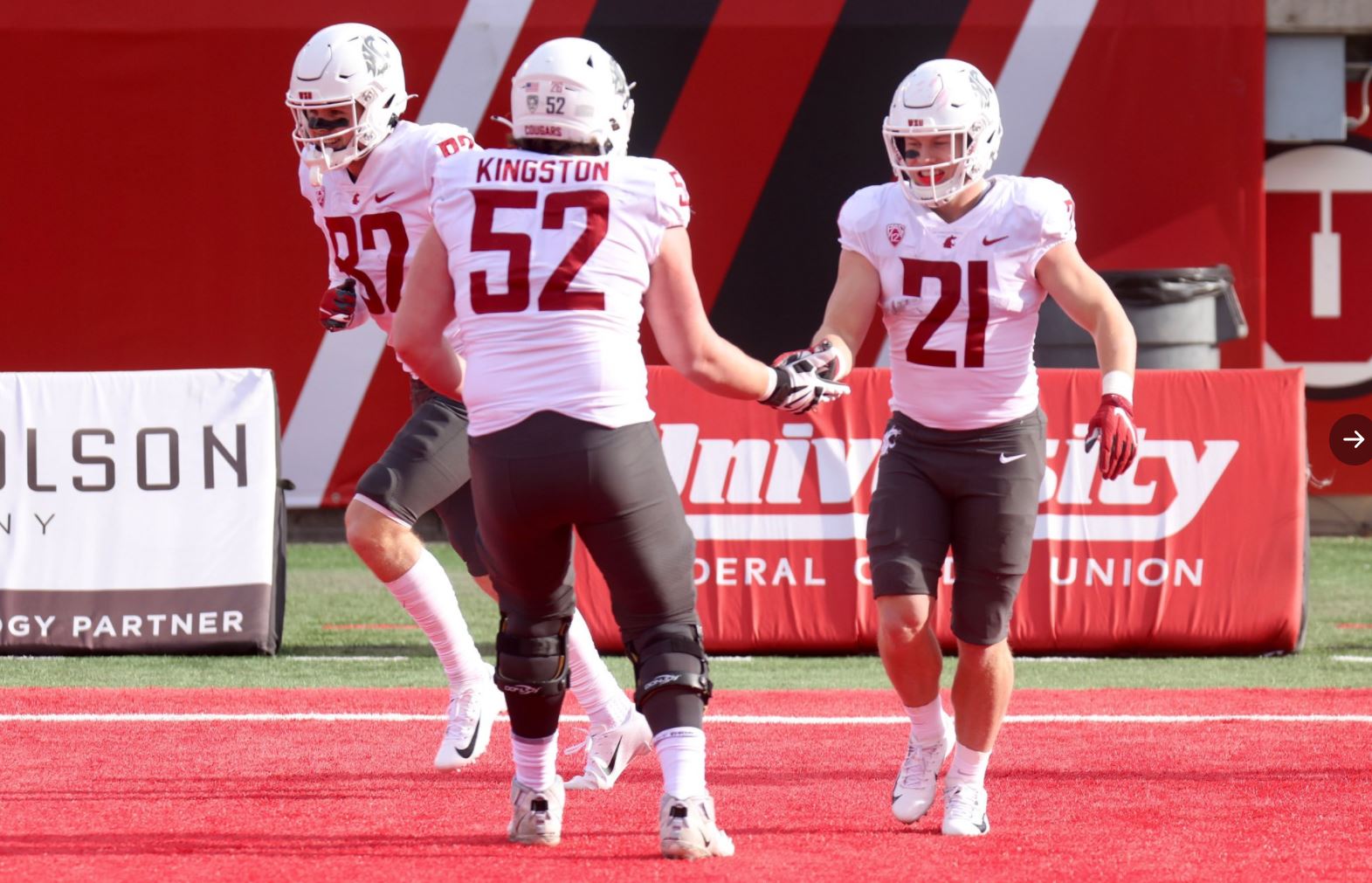 The Utah Utes (3-2) upended the Washington State Cougars (1-3) 45-28 in a comeback win on Saturday at Rice-Eccles Stadium in Salt Lake City, Utah.

Lisk went 15 for 26 throwing for 152 yards in what was his last game as a Ute. Freshman Quarterback Jayden De Laura played well early, completing 17 of his 28 passes for 204 yards, but was replaced by Junior quarterback Cammon Cooper after an interception late in the game.

The Cougs started out slow with both teams punting on their opening possessions, but after a fumble by Ty Jordan, the Cougars went on the attack. WSU quarterback completed four passes, driving the team down the field and setting up an excellent eight-yard rushing touchdown by Borghi.

The Cougars continued their first half offensive assault of the Utes. Deon McIntosh rushed for an 11-yard touchdown in the 2nd quarter, doubling the Cougar lead to 14-0. After a Utah touchdown making it 14-7, the Cougs fired back quick. De Laura completed a big 49-yard pass to Senior wideout Jamire Calvin, which set up an 8-yard touchdown pass to Calvin 3 plays later.

Bentley threw an interception two plays after the Calvin touchdown, giving the Cougs great field position at the Utes’ three-yard line. De Laura scored on the next play with a three yard rush.

The second half is where it all went wrong for the Cougars. After three-and-out drives by both teams, Utah chipped away at the lead with a five-yard touchdown run by Jordan making the score 28-14. The Cougs gave the ball back after another three-and-out drive, allowing Utah to drive down the field and make the game 28-21.

The Cougs continued to struggle on offense the next drive. Utah Senior safety Vonte Davis sacked De Laura for a loss of 10 yards on third down forcing a Cougar punt. The Utes capped off their next drive with a 33-yard touchdown run by Jordan, tying the game at 28.

After a fumble by Borghi placed the Utes at the Washington State 13-yard line, Ty Jordan scored his third touchdown of the day putting the Utes in the lead. It was the first lead of the day for Utah and the Utes ran with it. Utah continued to dominate the Cougars, getting a field goal after another Cougar fumble. The Utes sealed the game with a pick-6 by Freshman cornerback Clark Phillips III.

It was a tough loss for the Cougars, losing the lead late in the game and giving WSU a losing record on the season. The Cougars end the season 1-3, but have a lot to be optimistic about with their strong first half.