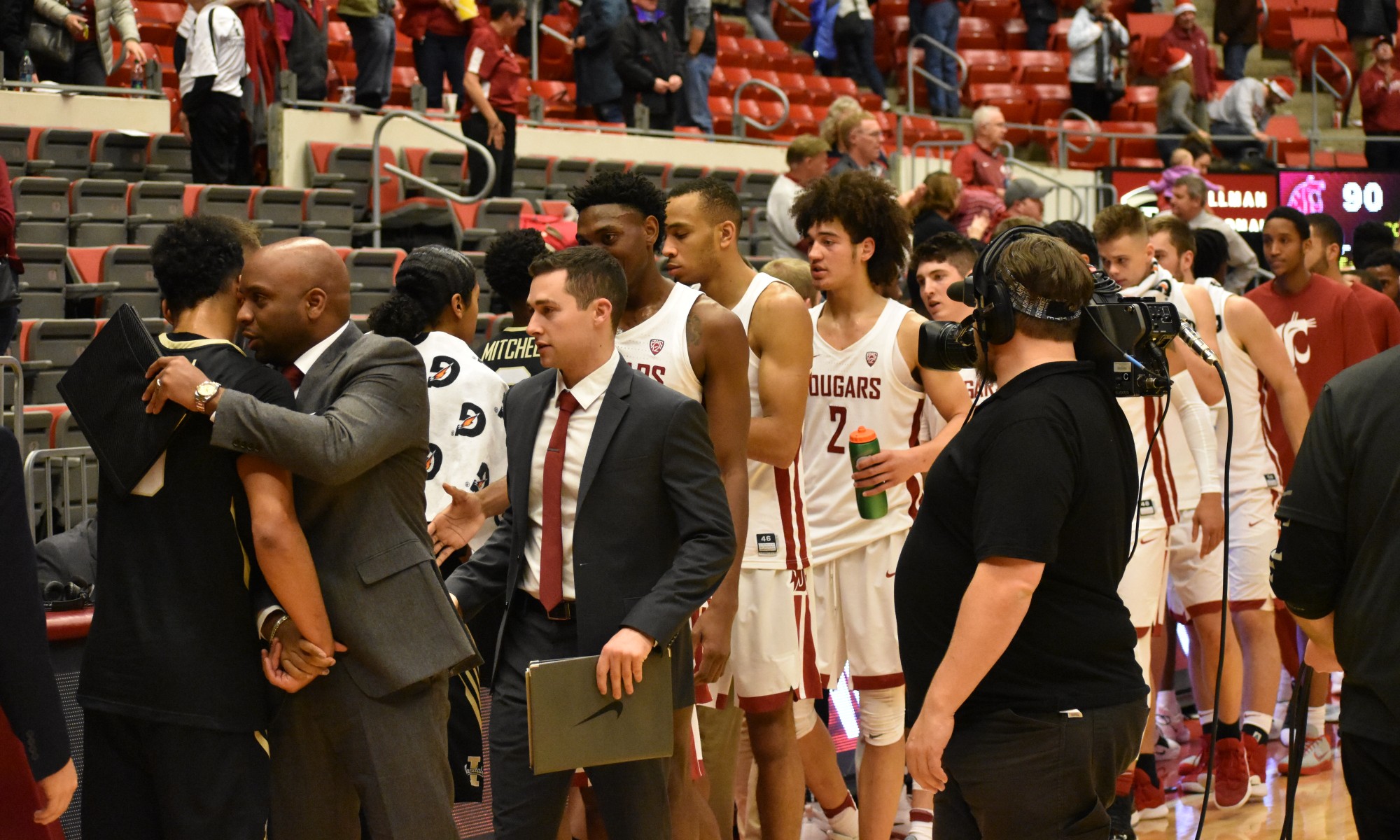 WSU failed to hold on against the Toreros and is yet to win a game not played on Friel Court.

Washington State Men’s Basketball (7-4) traveled to Nevada to meet the San Diego Toreros (10-3) Saturday night for the third round of the Las Vegas Classic.

1.) Wazzu shot the lights out of Orleans Arena

Just minutes into the first half, the Cougs were 8-11 from the floor with 3 made three-pointers and a handsome 10 point lead. There was no question they showed up the more excited team to play.

Sure, the Cougar defense has been nothing to rave about, but offensively these boys looked sharp. Shooting just over 50 percent (27-53) from the floor and 9 for 19 from beyond the arc, things got rolling early.

Franks – entering the game as the Pac-12’s top scorer – led the Cougs tonight with 22 points.

Isaiah Pineiro was unstoppable for the Toreros carding 30 points and a trio for three-pointers.

As well as the Cougars managed to play on offense, they played a proportionate inverse in the other half of the court.

A poster-board example opened the second half as Isaiah Pineiro danced his way to 8 points in the span of seconds off back-to-back corner treys and a defensive rebound taken to the rack in transition.

The Toreros entered this matchup averaging 76.5 points per game, and WSU did little to obstruct the path past their established benchmark. San Diego led at halftime 40-38 on only 48 percent shooting largely due to Torero’s dominance in the paint.

Taking it right down main street all night, 39 percent of the Southern Californian’s points were earned between the blocks. While some shortcomings can be contributed to the absence of Daniels, this certainly is not one of them.

USD’s dominance down low trickled into the rebounding category as they held a 32-30 advantage; 9 of which were offensive and led to a handful of second chance buckets.

3.) Get excited about CJ Elleby

It seems the game of basketball comes all to easy for Elleby. The true freshman plays the game with a sense of balance, and boy is he fun to watch.

Elleby didn’t have a flashy night, but he played high IQ basketball and often helped his team after finding himself in the right place at the right time.

The Cleveland High School (Seattle) alumni turned his 31 minutes into a humble 13 points, 9 rebounds, 2 assists and a first half block.

As complete a player the Palouse has seen in years, no true weakness is detectable outside of a few careless passes in transition and the occasional turnover.

CJ is a special kid, and we’ll have more on him later this week.

Washington State plays their last game of the tournament Sunday in a rematch with New Mexico State (9-3) for third place. WSU lost to the Aggies 63-69 earlier this season. Tip off is set for 7 p.m.