The longer you think about it, the less crazy it sounds.

Just as Washington State’s 2018-19 season came to close, the ensuing one seemingly started less than 24 hours later with the announced dismissal of head coach Ernie Kent.

A press release by the athletic department Thursday stated the search for Kent’s replacement will begin immediately.

Coaching in Pullman is not an easy job as some are humble enough to acknowledge. In the past half century, only 3 head coaches (Tony Bennett, George Raveling, Kelvin Sampson) have left the Palouse at .500 or better. Though, they’re proof it can be done and done well.

It’s a crucial hire for Washington State given the current state of the program and potentially a defining move in AD Pat Chun’s career.

If you recall, Chun’s last hardwood hire came at Florida Atlantic where he gave Michael Curry the nod. But Curry, notably, had an even lower winning percentage at FAU (.317) than Kent at WSU (.372).

But that was then, and this is now.

Pipedream candidates got thrown around instantly, such as Gonzaga’s Tommy Lloyd, but there were more practical ones soon to follow like Seattle’s Jim Hayford, Boise State’s Leon Rice, and Montana’s Travis DeCuire.

Theo Lawson at The Spokesman-Review did a great piece on that.

There’s some good names out there. Some names that might have some real answers for the broken program that is WSU basketball. But perhaps the name, and answers, are closer than most think.

Ed Haskins – Kent’s assistant since 2017 – may not be the most attractive option on paper, but boy is he a good one. And there are plenty of reasons why.

Moving forward, the most important person in WSU hoops outside of the pending head coach is six-foot-seven forward CJ Elleby. Losing him to a transfer will hurt more than Malachi Flynn – I promise. But if Haskins is still involved with the program, expect Elleby stay crimson as well.

Haskins took the job beside Kent back in 2017 with the intentions of bringing Seattle basketball to Pullman. And with Elleby garnering Pac-12 All-Freshman team honors, that is exactly what Haskins has done.

He’s been a staple in the Seattle hoops scene for decades roaming the sidelines as a coach from 1998 to 2017. And he not only makes connections with kids he coaches or opposes, but he follows up with them.

Beyond high school graduation and well into their college careers, Haskins supports the young men he meets on the hardwood of Seattle’s Metro League. A brisk scan of his twitter account tells you all the information you need.

Call it loyalty, mentorship, or even courtesy, but remember that people join people, not organizations.

Seattle’s best – a proven factory of NBA talent – doesn’t want to play at Washington State. They do, however, want to play for Ed Haskins.

He ran one of the top high school programs in the nation for a decade (Garfield High School, 2008-2017). Moreover, he paid his dues to get there serving as a JV coach – and later assistant coach – at Rainer Beach from 1998 to 2008.

That’s the track record of a guy who’s passionate about the game and everything that comes with it.

His 213-34 record at Garfield – a blueblood of Seattle hoops – is the highest winning percentage in school history. Winning back-to-back WIAA State Championships in 2014 (3A) and 2015 (4A) doesn’t hurt either.

And don’t forget, Rainer Beach claimed a trio of 3A state titles themselves in 2002, 2003, and 2008 while Haskins was heading the JV program and an assistant for the Varsity squad..

It’s equally important not to get sucked into the lie of assuming Haskins will be a continuation of the Kent-era. Remember, he joined Washington State’s staff in 2017, so it would be wrong to shoulder the programs shortcoming on his name.

Not only does Haskins know real talent, but he knows real talent at WSU. His brother, Aaron Haskins, balled for George Raveling and the Cougs back in the 80’s marching along to a pair of NCAA tournament bids. It also shouldn’t be lost on us that while at Rainer Beach, Haskins coached up future Cougars Mike Ladd and Reggie Moore.

WSU can afford him

Chun said last May that the athletic department is expected to run a $84.9 million deficit by 2023. With Kent’s additional $4.2 million buyout paired with the $3.5 million loan for the baseball facility, it’s hard to imagine Wazzu shelling out big money on the hardwood anytime soon.

It’s by no means an insult to Haskins, but he hasn’t exactly built up a market value in Division-I hoops to demand seven figures. With him, WSU can cut a check it can afford.

Roy, Haskins successor at Garfield, was the Pac-10 Player of the Year in 2006 and the 6th overall pick in the NBA Draft that same year. He went on to be named NBA Rookie of the Year and later a three-time All-Star (2008-2010).

Yes, he’s a Washington Husky. Yes, his No. 3 is hanging in the rafters of Alaska Airlines Arena. No, it doesn’t matter.

If scandal-laced Rick Pitino got a legitimate look from the fanbase before President Kirk Schultz shut it down, Roy certainly does too.

But what does matter? Roy was named the Naismith National High School Coach of the Year in 2017. Yes, before coaching at his alma mater (Garfield), Roy turned around dormant Nathan Hale on a dime winning not only a WIAA 3A State Championship, but a National Championship.

Kids want to play for Roy and Roy wants to coach basketball. WSU would be a fool not capitalize on it. And make no mistake, a connection could certainly be there as Haskins was roaming the Rainer Beach sidelines with a clipboard the same time Roy was playing for Garfield in the late 90’s and early 2000’s.

If Haskins gets the job and maintains an ounce of a connection with Roy, WSU will be the most interesting team in the conference next winter if Roy joins as his assistant. Call it unlikely, but I’ll be damned if it wasn’t a storyline to follow.

Just know, Chun is beyond regional ties with years of experience in the Midwest (Ohio State) and the southeast (Florida Atlantic). CSN is beyond confident the AD can pull some strings, use his connections, and land a serious winner in Pullman that much of the media isn’t even considering.

However, Haskins and Roy would be a game changer. It’s a gamble in the minds of many, but it just might be crazy enough to work.

What do ya say, Chun? Let’s make a deal. 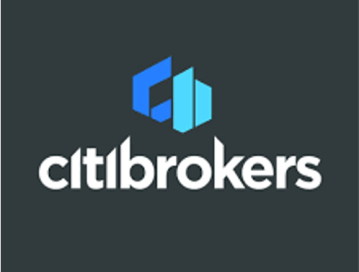