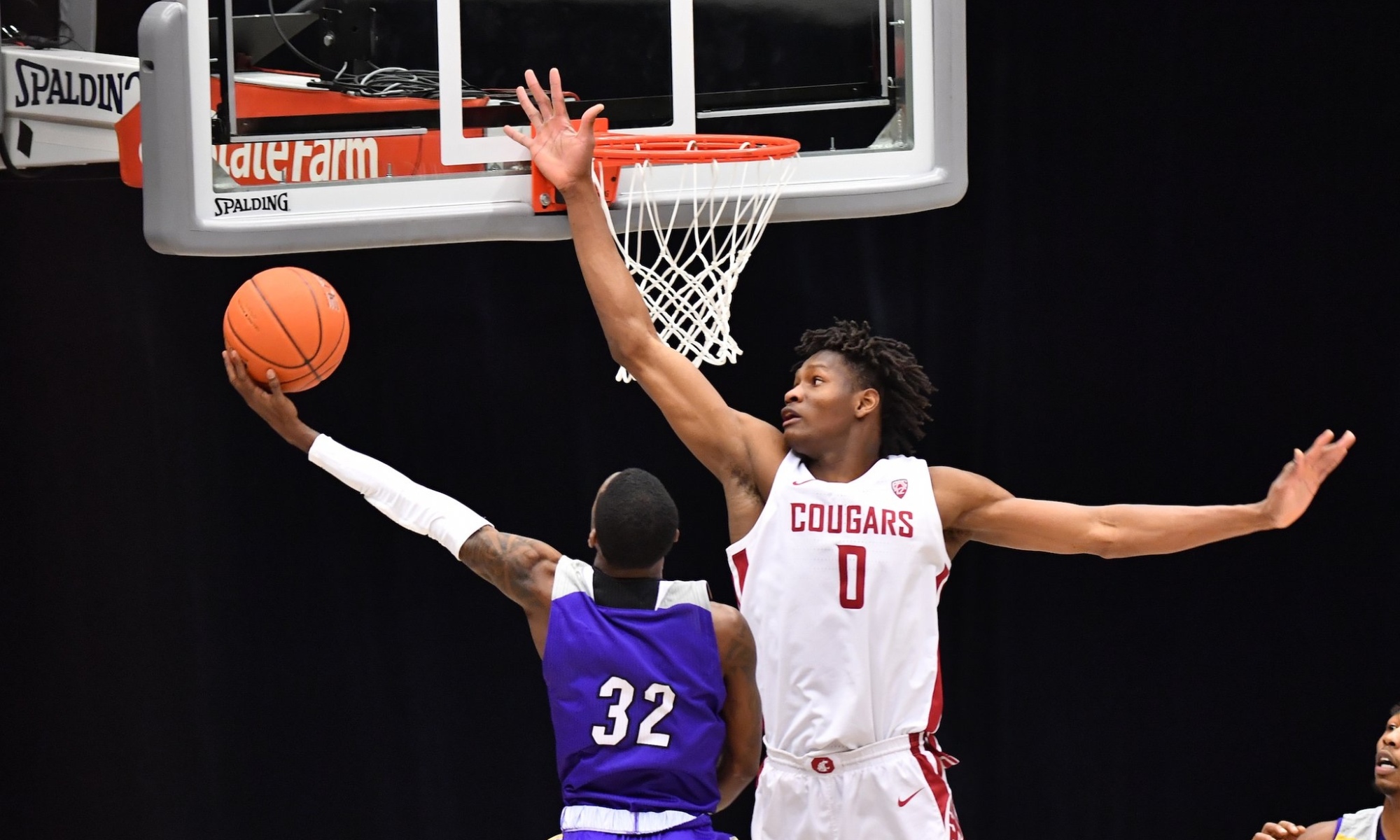 The Cougars shot 52 percent from the field in the first half and went eight of 15 from behind the arc, the best first half for WSU all season.

This is the first 90-point game for the Cougars this season, beating their previous season-high of 82 last game against Montana State on Friday. The last time WSU scored more than 90 was back against Arizona State on Feb. 7 of this year.

WSU, once again, had four out of the five starters in double-digits, in terms of scoring, with freshman center Efe Abogidi leading the way with 16, along with sophomore guard Noah Williams finishing with 13, senior guard Issac Bonton with 12 and freshman forward Andrej Jakimovski with 11.

Off the bench, junior forward Aljaz Kunc finished with 11 points on four of five shooting from the field, while also grabbing a couple of rebounds.

Abogidi got his second-straight double-double, pairing his 16 points with 14 rebounds and four blocks. He is the first Cougar to have back-to-back games with a double-double since CJ Elleby recorded three in a row this past season.

In his second start of the season, sophomore center Volodymyr Markovetskyy finished with nine points and five rebounds, one of his best shooting games of the season.

WSU looks to remain undefeated as they host Northwestern State in their final non-conference game of the season on Wednesday at 4 p.m. from Beasley Coliseum. The game can be seen live on the Pac-12 Network.